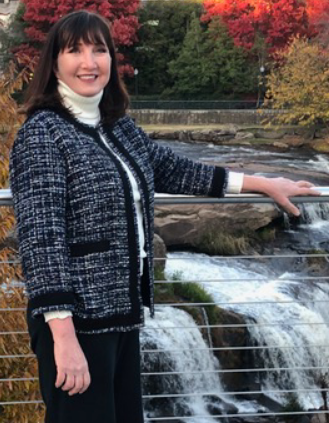 Dr. Jo Jorgensen was the Libertarian Party Vice-Presidential Nominee with Harry Browne in 1996.

She campaigned in 38 states and appeared as a Libertarian spokesperson on over 300 radio shows all across America. She regularly lit up the call-in boards, helping listeners discover the Libertarian Party and generating inquiries and new LP members.

In 1992, she was the Libertarian Party’s candidate for South Carolina’s 4th Congressional District. After a statewide televised debate with her Democratic and Republican opponents, Dr. Jorgensen’s debate performance was widely praised in the media, and the Greenville News referred to her as “a rose between two thorns.”

After earning her MBA, she put her education to work as a marketing representative for IBM. Relocating to Greenville, S.C. in 1983, she started her own software sales business.

After taking a career sabbatical to raise her two children, she became a partner in a software duplication company, later taking over as president and sole owner. She founded a business consulting company in 2002 and continues working with select clients.